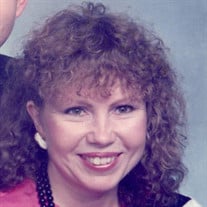 On Monday, January 24, 2022, Deborah Rachel (Ware) Rosenfield was called home to her Heavenly Father. She was born on February 9, 1954, in Kansas City, Missouri, the daughter of Carl and Ruby (LeCounte) Ware. Deb graduated from Ponca City High School, class of 1972, where she had been a member of the marching band and Chorale. She moved to Anderson, Indiana in the fall of 1972 to attend Anderson College, where she met her husband, Joseph Calvin Rosenfield. Deb was an active member of the Church of God and most recently, South Meridian Church of God. She was an immensely talented pianist, seamtress, tax professional, and accomplished academic. As a pianist, she played for the Ann Harmeson School of Dance for several years, and then went on to play for the Anderson High School Show choirs. Deb enjoyed gardening, canning, cooking, sewing, and other needle art crafts. She was extremely knowledgeable and irreplaceable as a tax preparer. She was a phenomenal mom who provided a loving home where she raised four children. Her greatest accomplishment was not only being a mother, but earning the title of grandma to her five grandchildren. She is survived by her husband, Joseph Calvin Rosenfield; daughters, Rachel (Jess II) Reed, Rebekah (James) Badgley, Elizabeth (Charles) Vire; son, Joseph Abraham Rosenfield; grandchildren, Trisha, Alexander, Charlene, Sarah, and Selah; and sister, Carla Ware. Deb was preceded in death by her parents. Visitation will be at the South Meridian Church of God, 2402 Meridian Street, Anderson, IN, 46016, on Monday, January, 31, 2022, from 11:00 a.m. until 1:00 p.m. with the service to follow at 1:00 p.m. with Pastor Jim Rogers officiating. In lieu of flowers, memorial contributions may be made in Deborah's memory to the Ponca City High School Music and Chorale Department, 927 North 5th Street, Ponca City, Oklahoma, 74601. Phone number is 580-767-9500. www.loosecares.com.

On Monday, January 24, 2022, Deborah Rachel (Ware) Rosenfield was called home to her Heavenly Father. She was born on February 9, 1954, in Kansas City, Missouri, the daughter of Carl and Ruby (LeCounte) Ware. Deb graduated from Ponca City... View Obituary & Service Information

The family of Deborah Rachel Rosenfield created this Life Tributes page to make it easy to share your memories.

Send flowers to the Rosenfield family.