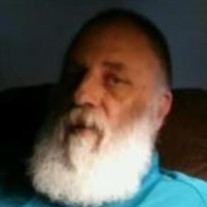 Doug Pugh, 65, of Anderson, went home to be with his Lord and Savior on September 14, 2021. He was born on June 26, 1956, in Anderson the son of Max and Pearl (Lowder) Pugh. Doug was a 1974 graduate of Pendleton Heights High School. He went to work for Carter Lumber right after graduating high school and had spent his entire career there. He was the assistant manager of Carter Lumber in Muncie. Doug loved to fish. In his younger years, he worked as a pit crew chief for a local race car driver. He faithfully attended Northlight Baptist Church in Pendleton. Doug was preceded in death by his father, Max Pugh, a brother in infancy, Christopher, and a sister in infancy, Debra. He is survived by his wife of 45 years, Diana Pugh, Anderson; his son, Doug Pugh, Jr., Anderson; his mother, Pearl Pugh, Anderson; his brother and sister-in-law, Jeff & Sun Pugh, Savannah, GA; his nephew, Jeff Pugh, Jr.; his niece, Emily Pugh Waddles; his uncle and aunt, Bob & Lee Lowder, Anderson; and numerous relatives and friends. Funeral services will be on Tuesday, September 21at 11:30 A.M. at Loose Funeral Homes & Crematory, 200 W. 53rd Street, Anderson, with Pastor Josh Lovens officiating. Visitation will be on Monday, September 20 from 5-8 P.M. at the funeral home. Burial will be in Memorial Park Cemetery. www.loosecares.com.

The family of Doug Pugh Sr. created this Life Tributes page to make it easy to share your memories.

Send flowers to the Pugh family.