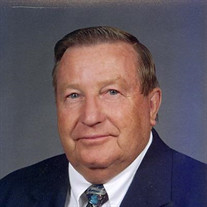 Frank Ivan Norris, 83, of Anderson, passed away on January 18, 2020, at Community Hospital of Anderson. He was born on June 26, 1936, in Anderson, the son of Samuel, Sr. and Hazel Norris. Frank graduated from Anderson High School, Class of 1955, and also attended Indiana University. He proudly served his country in the United States Army. Frank retired from Guide Lamp Division of General Motors after 36 years of service. He was a charter member of New Beginnings Church. He also was a youth leader for several years at 38th Street Free Will Baptist Church. Frank was a jokester and an amazing athlete, fierce competitor, a loyal friend, brother, and uncle. He was also an amazing dad and an even better papaw. He was a lover of God and Peggy, and was faithful and proud of it all. Frank was a 1955 state champion in cross country at Anderson High School, which he ran barefoot and he also coached White River Little League Baseball for 25 years; Frank and Peggy enjoyed spending their winters in Florida, but most of all he loved spending time with his family. He is survived by his loving wife whom he married , December 26, 1972, Margaret "Peggy" Norris; children, Kathy (Steve) Coon, Carla (Patrick) Patterson, Todd Norris, Misty (Roy) Stanley, Christy (Patrick) Vowell and Mecca Norris; 11 grandchildren, Matthew, Bryan, Jessica, Haley, Hayden, Jacob, Jaymison, Taylour, Kennedy, Austin, Makynlee; 13 great-grandchildren; sister, Roberta Drinkut; several nieces and nephews. Frank was preceded in death by his parents; granddaughter, Ashley Norris; siblings, Samuel, Jr., David, Robert, Jack, Sr., Ruth Hebden, and Dorothy Soverns. Visitation will be held at Loose Funeral Homes & Crematory, 200 West 53rd Street, Anderson, IN 46013, from 4:00 p.m. until 8: 00 p.m. on Friday, January 24, 2020. Services will be held at the funeral home on Saturday, January 25, 2020, at 11:30 a.m. with Pastor Gary Marcum and Pastor Mike Barker officiating. Burial will take place at Anderson Memorial Park Cemetery. The family would like to extend a special thank you to the staff at Bethany Pointe Health Campus for their care and compassion during Frank's stay. Memorial contributions may be made to New Beginnings Church. www.loosecares.com.

Frank Ivan Norris, 83, of Anderson, passed away on January 18, 2020, at Community Hospital of Anderson. He was born on June 26, 1936, in Anderson, the son of Samuel, Sr. and Hazel Norris. Frank graduated from Anderson High School, Class... View Obituary & Service Information

The family of Frank Ivan Norris created this Life Tributes page to make it easy to share your memories.

Send flowers to the Norris family.