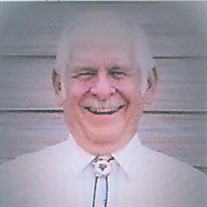 George "Bob" Wilson, was born on October 16, 1936, on a small farm in Fulton County, IN. He transitioned from this earthly life to his Heavenly Home on February 5, 2022, with family surrounding him at Hospice House in Bowling Green, Kentucky. In his 85 years, George left his mark on many communities and his handprint on many lives. He was devoted to helping others and always, exploring new opportunities and adventures. George retired as Project Engineer in 1987 from Delco Remy Division of General Motors, after 32 years of service. He was able to live his long-held dream by moving in 1988 to the Rocky Mountains of Salmon, Idaho. He and his wife, Carol, experienced a full western life, running his own business and working fire seasons for the Forest Service, while enjoying their motor home, exploring new places, and visiting family all over the country. Twenty years later, the difficult decision was made to move to Bowling green, centrally locating among their children. He promptly made friends, serving his Lord, his church and as a volunteer for his new town. George was preceded in death by his parents, Ona Gail and Clifford Wilson, his brother, Albert "Jack" Wilson, and grandsons, Benjamin Kempf and Brandon Cravens. He leaves behind his wife of 42 years, Carol; his sister, Alice Joan Hill; two daughters, Robyn (Jerry) Cravens, and Leslie (Brian) Kempf, two step-sons, Richard (Becky) Pheral, and John (Laura) Pheral. He also leaves behind many beloved grandchildren, great-grandchildren, five great-great-grandchildren, nieces, nephews, and a host of friends. Memorials Services will be conducted on May 14, 2022, at 11:00 am at Rockfield United Methodist Church, 682 Richpond-Rockfield Road, Rockfield, KY 42274, and on May 21, 2022, at 10:30 am at the Community Room at Loose Funeral Homes, 200 West 53rd Street, Anderson, IN 46013 with the final burial at the same address in The Gardens at Willowcrest Park. In lieu of flowers, donations may be made in his memory to Rockfield United Methodist Church or to HOTEL INC, PO Box 1688, Bowling Green, KY 42101. Visitation will be held at Loose Funeral Homes & Crematory, Anderson, IN. www.loosecares.com.

George "Bob" Wilson, was born on October 16, 1936, on a small farm in Fulton County, IN. He transitioned from this earthly life to his Heavenly Home on February 5, 2022, with family surrounding him at Hospice House in Bowling Green, Kentucky.... View Obituary & Service Information

The family of Geore "Bob" Wilson created this Life Tributes page to make it easy to share your memories.

Send flowers to the Wilson family.