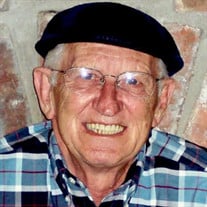 Jack Thompson Smith passed away peacefully in his home Sunday evening, January 9th. He was preceded in death by his wife of 41 years, Connie Marie, for whom his love and devotion was inspiring to all that knew them. Jack was born on May 7th, 1934 in Fortville, IN. He passed away at the age of 87, but easily managed to squeeze in 120 years’ worth of living in that timespan. He was a role model of what retirement should look like. After leaving Delco Remy in 1988, he spent the next 34 years traveling, enjoying life and having fun. He was self-acknowledged as the greatest Horse player to ever live, and although there was a grain of truth to this, none of his family would admit to his card playing prowess in his presence. Being raised in Anderson, he had no choice but to develop a lifelong passion for basketball. The Anderson Indians, Indiana Hoosiers and Bobby Knight made up his holy trinity of hoops, but the LTBBL youth team he coached to a championship, the Wizards, may have been close to bumping IU off that list. He was a talented trumpet player and his passion for music was something he enthusiastically shared with his grandkids. Even though Jack had opportunities to play his trumpet all over the world, his proudest musical accomplishment was his service bugling for military funerals as a child in Anderson. He was a veteran of the Korean War and served on the USS Cowell. In just 4 years, he collected enough stories that he continued to surprise us with new ones up until the last years of his life. Although he was a multifaceted man, most would agree his true talent and passion was that of being a papaw. It would be impossible to count the number of times that Paps drove to Indianapolis to attend birthday parties, help coach basketball teams, or watch concerts. Likewise, his grandchildren made countless trips to Anderson where they loved spending the night with him and Connie and attending Indian’s basketball games. There are many other memories that need to be celebrated as part of Jack’s life. He once owned a tailor shop in Anderson, and he claimed to have invented “Suit of the Month” club for Delco executives. He learned how to fly a plane, shot sharks off the USS Cowell with Elvis Presley’s cousin, and went to college in Angola, Indiana. Jack traveled to square dancing contests all over the country, got shot at 5 times, shared the stage with Don Ho in Hawaii, and was a double cousin with longtime friend Jerry Thompson. He was awarded the Son of Neptune in the Navy and was one of the few people allowed to see inside an Apollo capsule while it was still on the launch pad. There can be no doubt that Jack Smith got his money’s worth out of life. Jack was preceded in death by his parents, Voyle & Frances Smith, wife; Connie Marie Smith, and stepson, David Watkins. He is survived by his sons, Dennis Shanesmith (Becky), Randy Smith, and Mike Smith; his stepdaughter, Kathy Howe (Jamie); Daughter in Law Rickie Watkins, Nine grandchildren; Jeremy Howe, Corey Howe, Zach Howe, Kaity Watkins, Aiden Watkins, Kambree Watkins, Cory Smith, Courtney Smith, Nicki Harris, 8 great-grandchildren and caretaker Sheryl Leavell for whom the family expresses deep appreciation for the care, love and support she has shown over the last 2 years. Jack will be laid to rest at East Maplewood Cemetery in Anderson.

Jack Thompson Smith passed away peacefully in his home Sunday evening, January 9th. He was preceded in death by his wife of 41 years, Connie Marie, for whom his love and devotion was inspiring to all that knew them. Jack was born on May 7th,... View Obituary & Service Information

The family of Jack Thompson Smith created this Life Tributes page to make it easy to share your memories.

Jack Thompson Smith passed away peacefully in his home Sunday...

Send flowers to the Smith family.