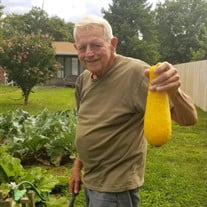 James T. “Jim” Fairburn, 85, died peacefully Dec. 3, 2021, in Anderson, Ind. after a brief illness. Jim was born June 17, 1936, in Springfield, Ohio, to Grace N. (Camper) and Lawrence P. Fairburn, the sixth of 10 children. The family moved to Anderson, where he met his wife of 58 years, Clara Susanne “Sue” (Brubaker) Fairburn, who died in 2015. Jim is survived by his children, Beth Lewis and Laurie Fairburn, both of Kansas City, Mo., Scott (Lori) Fairburn, Lake Park, Minn., and sister Karen Cortrecht, Anderson. He was preceded in death by his parents, and siblings Shirley Morrison, Robert Fairburn, Virginia Shilling, Norma Grimmett, Sally Smith, Paul Fairburn, Lynn Thompson, and Marilyn Fairburn, who died in infancy. After an early career in sales in Wabash and Ft. Wayne, Jim joined his brother in the restaurant business and moved the family to Manhattan, Kan. His career took him to Kansas City, Mo., Fargo, N.D., Louisville, Ky., Montgomery, Ala., and Charleston, W.V. before he retired in Anderson. While he had no Michelin stars, the quality of both the food and the staff at each of his restaurants enabled him to cultivate a loyal clientele. Jim was a member of St. John’s Lutheran Church and enjoyed preparing meals for its congregants and guests. He liked to garden, a skill he shared with his children from a young age. He found being in nature relaxing, and spent time with his family camping and hiking, including many campouts with the Boy Scouts and Girl Scouts. He built two canoes and enjoyed being on the water. He liked fishing, more for the peace and quiet than the sport. Jim was an introvert, but his dry sense of humor and way of telling a story naturally drew people to him. He was a fine home cook and enthusiastic baker whose pumpkin bread will be missed by so many this Christmas. A funeral is scheduled for Friday, December 10, 2021, at 2:00 pm at St. John’s Lutheran Church, 310 E. 53rd St., Anderson. Pastor Matt Manning will officiate. All are welcome to attend and celebrate Jim’s life. In lieu of flowers, please send donations to the Food pantry at St. John’s Evangelical Church. The family would like to thank the caring professionals at Ascension St. Vincent Anderson, Ascension St. Vincent Indianapolis, and Rawlins House, Pendleton, for their compassionate care. --

The family of James T. "Jim" Fairburn created this Life Tributes page to make it easy to share your memories.

Send flowers to the Fairburn family.