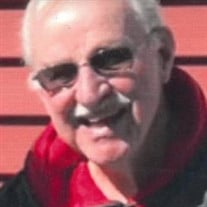 James "Jim" Warren Sutton, 79, resident of Lake Lemon, Unionville, IN, and formerly of Anderson, passed away peacefully at home on March 1, 2022. He was born September 30, 1942, in Anderson, the middle son of Charles A. and Edna M. Sutton. Jim was a 1960 graduate of Anderson Senior High School, where he lettered all four years in basketball, baseball, track & field, and cross country. He graduated from Indiana University with a Bachelor of Science degree in 1964 and a Master of Science degree in 1966. While at Indiana University he played varsity basketball (under Branch McCracken) and baseball. Later he received his Educational Specialist degree in school superintendency from Ball State University. Jim was a proud member of Acacia Fraternity and served as board president. Jim started his professional career in 1964 as a teacher and coach at Monroe Central High School in Parker, IN. He then taught biology and coached at Madison Heights High School from 1966-1975. Jim was Dean of Boys and Assistant Principal at Anderson High School from 1975-1985. He then returned to Madison Heights High School for a decade as principal. In his later public education career, he served as Assistant Superintendent of Secondary Education and retired as Superintendent of Anderson Community School Corporation after 37 years of service. After retirement, Jim moved permanently to Lake Lemon outside of Bloomington, IN, which he enjoyed immensely. Jim was a lifelong member of Anderson First United Methodist Church, the alumni associations of Indiana University and Ball State University, was a proud member of I-Men, and was a lifelong member and past president of the YMCA and Fellowship Lodge #681 F. & A.M. Jim is survived by his wife of 54 years, Nancy Ellen (Schweikarth), his children, Jonathon Howard Sutton and Joanna Jean Sutton; his brothers, Larry Sutton (Maureen) and family, and Howard Sutton (Brenda) and family; his brothers-in-law and sisters-in-law, Jean Salib (Magdi), Don Schweikarth (Jill), Bob Schweikarth (Becky), Jim Fathera, and Stacie Schweikarth Krieger; and 13 nieces and nephews. He was preceded in death by his parents, his father-in-law and mother-in-law, Arnold and Elsie Schweikarth, his brother-in-law, Larry Krieger, and his sister-in-law, Connie Fathera. Funeral services will be on Tuesday, March 8, at 12:00 P.M. at Anderson First United Methodist Church, 1215 Jackson Street, Anderson, with Pastor Corinne Boruff officiating. Visitation will be on Monday, March 7, from 3:00-6:00 P.M. at Loose Funeral Homes & Crematory, 200 W. 53rd Street, Anderson. Memorial gifts may be made to the YMCA of Madison County. Condolences may be shared with the Sutton Family online at www.loosecares.com.

James "Jim" Warren Sutton, 79, resident of Lake Lemon, Unionville, IN, and formerly of Anderson, passed away peacefully at home on March 1, 2022. He was born September 30, 1942, in Anderson, the middle son of Charles A. and Edna M. Sutton. Jim... View Obituary & Service Information

The family of James "Jim" Warren Sutton created this Life Tributes page to make it easy to share your memories.

Send flowers to the Sutton family.