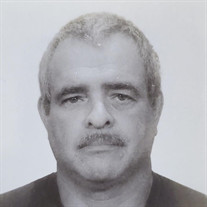 Jerry L. Porter, 78, of Anderson, was received into glory on July 31, 2021, at his residence surrounded by his family. He was born on April 1, 1943, in Anderson to Clowlas and Goldie Porter. Jerry graduated from Anderson High School in 1961. He was employed at General Motors as a skilled tradesman for 36 years, retiring in 1997. Jerry was on the Adams Township Fire Department for 25 years, serving as a volunteer fireman, fire investigator, and EMT. He enjoyed woodworking, traveling, and mission work with Faith Church, where he traveled to Santiago and Roncagua, Chile to help build churches, and Guatemala to help build a medical clinic. Jerry was a very active member of Faith Church for 34 years. Jerry was preceded in death by his son, Jerry Lee Porter II in July 2020, his parents, and his brother, Mike Porter. He is survived by his loving wife of 40 years, Joy Porter, Anderson; his children, Tonya Filbrun, Anderson, Toby Porter, Anderson, and Lori Summers (Tracy), Anderson; his daughter-in-law, Monica Porter, Scottsdale, AZ; his grandchildren, Julie Patton (Andrew), Conway, SC, Jami Douglas (fiancé Sam), Anderson, Rachel Porter, Scottsdale, AZ, and Brian Summers (Corinna), Anderson; his sisters, Connie McKinney (Bernie), Anderson, and Susan Alleyn (Mark), Jeffersonville, IN; and his beloved canine friend, "Missy". The Porter family would like to thank the health caregivers of Paradigm Health Hospice and Palliative Care. Visitation will be held on Wednesday, August 4 from 11:00 AM to 1:00 PM at Loose Funeral Homes & Crematory, 200 W. 53rd Street, Anderson, with funeral services at 1:00 P.M. with Pastor Carl Lamb & Pastor Walt Weaver officiating. Burial will follow in Memorial Park Cemetery. Memorial contributions may be made to Faith Church, 2817 E. 53rd Street, Anderson, IN 46013. www.loosecares.com

Jerry L. Porter, 78, of Anderson, was received into glory on July 31, 2021, at his residence surrounded by his family. He was born on April 1, 1943, in Anderson to Clowlas and Goldie Porter. Jerry graduated from Anderson High School in 1961.... View Obituary & Service Information

The family of Jerry L. Porter created this Life Tributes page to make it easy to share your memories.

Send flowers to the Porter family.