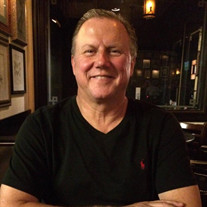 Joseph Frank Woschitz, 63, passed away unexpectedly on September 24, 2021, at his home in Fishers, Indiana. Joe was born October 23, 1957, in Anderson, Indiana. He graduated from Anderson High School with honors, in 1975. He then received his degree in Biology and Chemistry at Indiana University in 1979. During his time at Indiana University, Joe played center fielder for the Indiana University Baseball team. Joe was a member of Delta Upsilon Fraternity and was elected to membership in Phi Beta Kappa honors society. Joe went on to study medicine, a life-long dream, at Indiana University School of Medicine where he received his doctorate of medicine degree in 1983. Joe completed his residency in Ophthalmology in 1987. Joe worked as an Ophthalmologist in Anderson, IN for 34 years. Joe was an avid sports fan, having attended numerous sporting events from IU football, basketball, and baseball games, Colts games, Green Bay Packer games at Lambeau Field, and golf tournaments with his wife, family and friends. Joe loved taking photographs of every event and moment he lived. We will cherish those memories throughout the rest of our lives. Joe wore many hats in his life. He was a devoted husband, father, friend, doctor, and coach. Joe’s most heartfelt accomplishments were his family and friends. Joe met his soul mate Michelle, or as he preferred to lovingly call her, Boots when he was just 18 years old and they were married for 41 years. Joe and Michelle loved every second of being together. Joe loved his summers at Lake Webster and vacations in Siesta Key, Florida So many special times with him will be remembered - to say the least, he was the life of the party. His passion for life was limitless. Joe is preceded in death by his father Frank Woschitz, and son, Michael Woschitz. He is survived by his wife, Michelle; his mother, Patsy Woschitz; his son, Ryan Woschitz; his daughter-in-law, Jessica Woschitz; his first grandchild, Miabelle Woschitz; and his daughter, Brittany Woschitz Neff, and son-in-law, Samuel Neff. Also, surviving is his sister, Janet Dunn and brother-in-law, Brian Dunn and his two nieces and nephew, Meghan Dunn, Olivia Dunn and Patrick Dunn; his brother, David Woschitz and sister-in-law, Linda Almquist Woschitz and two nieces, Karleigh and Wynnie; Debbie Woschitz, nephew, Eric Woschitz, niece, Marissa Woschitz and her daughter Skylar; his brother-in-law, Gary Edwards and wife, Leanne Edwards and their son, Angelo Dellapenna; his nephew Michael Edwards and wife, Michelle Edwards and their three children, Jackson, Alexis and Lila; his nephew, Brian Edwards and wife, Kate Edwards and their two daughters, Lucy and Grace, Fred Young, Mary Young, Ken Young and Jeffery Marsh; his great uncles, Jim Collins and sons, Jimmy Collins, Ross Collins and Nick Collins; uncle and aunt, Robert and Janice Woschitz; his cousin, Dan Woschitz and wife, Patti Woschitz and their children, Luke and Jill Woschitz and her daughter, Leslie; and his cousin, Karl Woschitz and wife, Amy and their daughter, Iris. Visitation will be held on Thursday, September 30, 2021, from 2:00 pm to 8:00 pm, at Loose Funeral Homes and Crematory, 200 W. 53rd St., Anderson, IN 46013. A private service will be held at a later date with burial taking place in the East Maplewood Cemetery, Anderson. Joe loved animals and leaves behind his dog, Gracie; cats, Chloe and Zoey; and his grand-dogs, Marshall, Benji, and Daisy. In lieu of flowers, memorial contributions can be made to the Animal Protection League, Inc., 613 Dewey St. Anderson, IN 46016, or the American Heart Association. www.loosecares.com.

Joseph Frank Woschitz, 63, passed away unexpectedly on September 24, 2021, at his home in Fishers, Indiana. Joe was born October 23, 1957, in Anderson, Indiana. He graduated from Anderson High School with honors, in 1975. He then received... View Obituary & Service Information

The family of Dr. Joseph F. Woschitz created this Life Tributes page to make it easy to share your memories.

Send flowers to the Woschitz family.