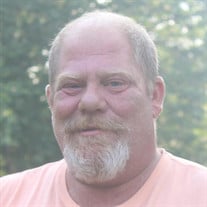 Mark E. Roemer, 47, of Beaufort, South Carolina, passed away on August 1, 2021, following a brief illness. He was born on April 23, 1974, in Anderson, Indiana. Mark graduated from Madison Heights High School in 1992 and attended Vincennes University. He served his country in the US Marine Corps. He owned and operated Roemer Painting. Mark was a loving father, a wonderful son, and a dutiful friend. He was also an avid fisherman and hunter. Mark is survived by his father, Edward (Sarah) Roemer of Anderson; mother, Jerri Johnson of Beaufort, SC; daughter, Kc (Alyssa) Roemer of Huntington, IN; companion, Tina Gourrier of Beaufort, SC.; siblings, Wayne (Jean) McGee of Indianapolis, Barry McGee of Indianapolis, Ann (Tim) Willoughby of Apex, NC, Audra Gutierrez of Fishers; grandmother, Norma Roemer, and many aunts, uncles, cousins, nieces and nephews. He was preceded in death by his grandparents, Ira and Mollie Thacker, Edmund Roemer, and uncle, Jim Roemer. There will be a Celebration of Life held at the Veterans of Madison County, 3601 East Tenth Street, Anderson, IN 46012 on Sunday, August 22, 2021, from 1:00 pm - 6:00 pm. www.loosecares.com.

The family of Mark E. Roemer created this Life Tributes page to make it easy to share your memories.

Send flowers to the Roemer family.