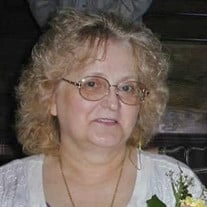 Rachael Ann Ginder, 83, of Anderson, passed away on February 3, 2021, at Community Hospital of Anderson. She was born on December 8, 1937, in Anderson, the daughter of Albert E. and Cicely (Lancaster) Pike. Rachael was a member of First Friends Church in Anderson for much of her life and later attended Madison Park Church of God. She retired from Gaither Music, Alexandria after several years of service. She served on the board of several non-profit organizations and was a Court-appointed special advocate for several years. Her primary life-calling was as a mother to foster and adopted children, many with serious special needs. Over the years, with her husband Ron, she cared for over 200 children. In 1986, she received the Golden Deeds Award given annually by the Exchange clubs. She also received the Foster Parent of the Year Award twice. Featured several times in published interviews, she would emphasize, “My daily goal is to be sure disabled and dying children are not alone… You can find beauty when you allow God to give you the ability to see these little ones… as he does.” Rachael is survived by her loving husband Ronald Ginder, whom she married, July 25, 1953; her children, Joseph (Susan) Ginder, John (Belinda) Ginder; adopted children Susanna Ginder, Rebecca Ginder, and their special sibling, Jana Marie Craig; grandchildren, Laura, Ben, Sam, Brian, Joe, Lara, Monica, Gabriel, and Gene'; and 5 great-grandchildren; her sister Phyllis Van Duyn; and many nieces and nephews. She was preceded in death by her parents and daughter Janice and adopted children Michael, Melissa, Elizabeth, Patricia, and Alissa. A memorial service will be announced at a later date. Memorial contributions may be made to White’s Residential and Family Services, 5233 S. 50 E., Wabash, IN 46992 (or whiteskids.org/donate). www.loosecares.com

Rachael Ann Ginder, 83, of Anderson, passed away on February 3, 2021, at Community Hospital of Anderson. She was born on December 8, 1937, in Anderson, the daughter of Albert E. and Cicely (Lancaster) Pike. Rachael was a member of First Friends... View Obituary & Service Information

The family of Rachael Ann Ginder created this Life Tributes page to make it easy to share your memories.

Rachael Ann Ginder, 83, of Anderson, passed away on February...

Send flowers to the Ginder family.