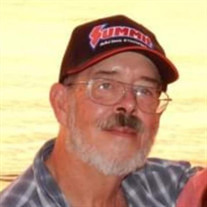 Randall Lane Highfield, 68, of Dade City, Florida, passed away unexpectedly in his home on January 10, 2021. He was born to his parents, Roderick Lane Highfield and Castilla Jane (Reist) Highfield, on March 12, 1952, in Colorado Springs, CO. Randall is survived by his four children; Elizabeth “Elspeth” McDowell (Jeffery), Ryan Highfield (Sarah), Aaron Castrejon (Kyzay), and Joshua Andreu-Highfield. He is also survived by nine grandchildren, Kristopher, Krystle, Sheena, Sierra, Billa, Mia, Faylee, Perrin, and Jolyne; six great-grandchildren, Nasir, Malia, Rylee, Jaxon, Atticus, and Orion; two sisters, Cheryl (Kurt) Solomon and Linda (James) Everet; and five nieces, Melissa, Charis, Cindy, Miriam, and Beth. He was preceded in death by his father Roderick Highfield (buried in Kenya); mother, Jane Highfield; brother, David Highfield (buried in Kenya); and daughter, Maria DeCamp. Randy was a missionaries’ kid (MK) and spent part of his childhood in East Africa where he attended Rift Valley Academy in Kijabe, Kenya. His parents, Rod and Jane, were called to serve with Africa Inland Mission from 1963 to 1997. Randy had a heart for missions and connected deeply with other MKs. He loved sharing stories with his children and grandchildren about his time in Tanzania and Kenya. Although he had his share of struggles over the years, he always came back to his faith in Christ and loved to share the Good News with others with whom he crossed paths. He had a special heart to help the least of these, especially the homeless, and it wouldn’t be uncommon for him to stop and help a stranger at a moment’s notice with some food or necessities. Randy had a deep love of reggae music, traveling, and international cuisines. He had a great knowledge of many subjects and many would often call him a “walking encyclopedia". He was best known as an orchid hobbyist, with a passion for growing and showing orchids at society shows and attending orchid festivals. In most recent years, he was especially fond of the Japanese and Korean varieties of orchids and had been working on a special collection of the Fukiran (Neofinetia falcata) variety using traditional Japanese displays. The family has entrusted Loose Funeral Homes of Anderson, IN with the arrangements. A memorial service will be held at 2:00 pm, Saturday, March 13, 2021, at Christ Fellowship Church, 4833 South State Road 109 Knightstown, IN 46148, with burial to follow at Huntsville Cemetery 2625 Huntsville Road, Pendleton, IN 46064. Randy will be buried alongside his mother, Jane. Contributions towards funeral expenses can be made directly to Loose Funeral Homes or can be made through the family’s GoFundMe https://gofund.me/de8bca7b . In lieu of flowers, donations can be made to an organization dear to Randy’s heart” Kwetu Faraja “Our Comforting Home” 223 W 12th Street Anderson, IN 46016 or www.KwetuFaraja.org . Kwetu Faraja has a special focus on orphans and vulnerable children living in the Mwanza region of Tanzania.

Randall Lane Highfield, 68, of Dade City, Florida, passed away unexpectedly in his home on January 10, 2021. He was born to his parents, Roderick Lane Highfield and Castilla Jane (Reist) Highfield, on March 12, 1952, in Colorado Springs, CO. Randall... View Obituary & Service Information

The family of Randall Lane Highfield created this Life Tributes page to make it easy to share your memories.

Send flowers to the Highfield family.