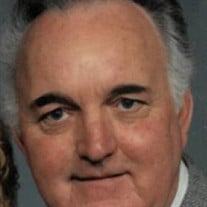 Robert “Bob” Orville Swango, 96, of Anderson, IN passed away December 15, 2021, at 11:43 A.M. at Ascension St.Vincent Hospital in Carmel, IN. He was born in Vevay, IN on May 6, 1925, to Obie and Eula Mae (House) Swango, who both preceded him in death. Bob graduated from Vevay High School in 1943. He was inducted into the US Army on December 8, 1944, was quickly promoted to Sergeant and was honorably discharged on August 16, 1946, at the end of World War II. Bob was a long-time Realtor in Anderson for over 40 years and attended Landmark Baptist Church in Anderson. He was a long-time member of the American Legion Post 185 in Vevay. Bob enjoyed time with his family, summer cook-outs, and trips to southern Indiana where he grew up. He loved to laugh and was known by many for his “dad jokes.” Bob will be dearly missed by his daughter and son (with Phyllis Lanning Swango), Jan Emerson of New York, NY, and Michael Swango (Pat), of Anderson; his step-son, Paul Higginbottom (Ila), of Ashflat, AR; his step-daughters, Jeanie Stahl (Mark) and Janna Cox, both of Anderson; his daughter-in-law, Wilma Swango Rosenberger (Scott) of Vevay, IN; his grandchildren, Erin Shea (Rob) of Liberty Township, OH, Elyssa Haskell (Andy), of Vevay, IN, and Pete Swango (Brianne), of Bear Branch, IN; his step-grandchildren, Laura Wells (Josh), Andrea Gann (Adam), Ryan Stahl, Andrew Stahl (Kirsten), Haiven Cox, Keeley Cox, Hannah Cox, and Kandace Cox; and 17 great-grandchildren. Bob was preceded in death by his wife, Barbara Jane (Jones) Swango, who passed away on November 11, 2021, and his son (with Betty Rosenberger Swango), Timothy Swango of Vevay, IN, who passed away on December 10, 2015. Graveside services will be held on Wednesday, December 22 at 1:00 P.M. at Marion National Cemetery, 1700 E. 38th Street, Marion, IN, with Pastor Gary Woodring officiating. In lieu of flowers, memorial contributions may be made to Landmark Baptist Church, 1924 W. Cross Street, Anderson, IN 46011 or the Swango Family Endowment, c/o Community Foundation of Switzerland County, P.O. Box 46, Vevay, IN 47043.

The family of Robert "Bob" Orville Swango created this Life Tributes page to make it easy to share your memories.

Send flowers to the Swango family.