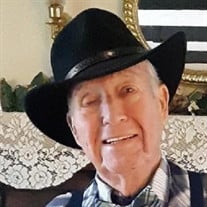 Ronald A. "Ron" McWithey, 87, of Anderson, passed away on May 11, 2022, in Anderson. He was born on March 24, 1935, in Anderson, the son of James and Lorena (Gordon) McWithey. He retired from General Motors after 30 years of service. He was a member of U.A.W. Ron bowled in the senior league at the former Cooper's Sport Bowl. He was preceded in death by his parents, his wife, Jill McWithey, his brothers, James R. and William; his sister, Rose Bonner; his grandson, Jared Woolard, and his nephews, John McWithey and Richard McWithey. Ron is survived by his daughters, Laurie Reed, Julie Silva (Perry), and Donna Lay (Frank); his son, John Gregory Smith; his sister, Ruth Barney; several grandchildren and great-grandchildren; special nieces, Sandy Etchison and Becky Barney Bright; and several nieces and nephews. Services will be on Tuesday, May 17, 2022, at 11:30 A.M. at Loose Funeral Homes & Crematory, 200 W. 53rd Street, with visitation from 10:30-11:30 A.M. at the funeral home. Burial will be in Memorial Park Cemetery. Memorial contributions may be made to Guardian Angel Hospice Foundation. Messages of condolence may be shared with the McWithey Family online at www.loosecares.com.

The family of Ronald A. "Ron" McWithey created this Life Tributes page to make it easy to share your memories.

Send flowers to the McWithey family.