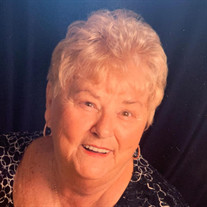 Sandra "Sue" Bilbrey, 80, of Anderson, passed away on January 18, 2021, at St. Vincent Hospital in Indianapolis. She was born on January 1, 1941, in New Castle, Indiana to the late Dorothy and Roland Martin. Sue graduated from Cadiz High School... View Obituary & Service Information

The family of Sandra "Sue" Bilbrey created this Life Tributes page to make it easy to share your memories.

Sandra &quot;Sue&quot; Bilbrey, 80, of Anderson, passed away on January...

Send flowers to the Bilbrey family.