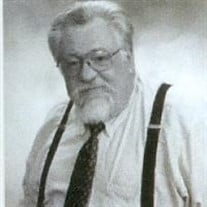 Stephen Lee Lortz, 67, of Anderson, passed away on April 23, 2017 at St. Vincent's Anderson Regional Hospital. He was born on September 7, 1949 in Anderson, Indiana. Stephen grew up in Anderson attending Roosevelt Elementary School and graduating from Madison Heights High School in 1967 where he was in the band. He attended Anderson University before being drafted into the US Navy and served for 6 years on the USS Pogy working on nuclear reactors and submarines. He attended Whetstone Christian Church in his younger years and was attending Park Place Church of God. He was known for his love of Biblical Theology Studies, his good sense of humor and heart for teaching. He loved his pet dogs and cats and was a model train enthusiast. At various times held jobs at Best Buy in Castleton, Border Bookstore at Keystone Fashion Mall, The Game Preserve in Broad Ripple, The Wizard's Keep in Muncie, Walden Book Sellers and Calendar's Kiosk in Anderson and was a teacher at Summit Academy in Zionsville. He was also made miniature sculptures and was a artist, role-playing game developer and participated in GEN-CON. Stephen is survived by his loving spouse, Elizabeth Jean Lortz; daughter, Genevieve Wilson; granddaughter, Savannah Wilson; siblings, Leatha (Robert) Lemen and Nancy (Michael) Hoggatt; nieces and nephews, David (Christine) Lemen, Alice (Daniel) Kleinschmidt, Gloria (Mark) Arthur, Anna Warmuth, Ruby (companion,Chris May) Bethke, James D. Hoggatt, Aimee (Scott) Zabinski and several great- nieces and nephews, including Ashley Hamilton. He was preceded in death by his parents, Lee E. and Atha C. Lortz, and brother, Kurt M. Lortz; and nieces and nephews, Matthew Lemen, Sarah Mendez, and Michelle Hamilton. A Celebration of Life service will be held at Park Place Church of God on May 2, 2017 at 2:00pm. Memorial Contributions may be made to Cystic Fibrosis Research or local SPCA. www.loosecares.com.

The family of Stephen Lee Lortz created this Life Tributes page to make it easy to share your memories.

Send flowers to the Lortz family.