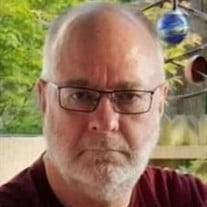 William Thomas Sargent, Sr., 71, of Anderson, Indiana, passed away on January 10, 2022, after a difficult battle with Lewy Body Dementia. Tom was born on December 9, 1950, to Ora and Virginia (Marshall) Sargent in Anderson, Indiana. Just after graduating from Anderson High School in 1969 and before joining the United States Marine Corps, Tom met Bonny (Finley) Sargent, and they wed in 1970. Tom and Bonny went on to have seven children and 11 grandchildren, including, Jennifer (Michael) Stump (Jerome, Connor, Arwen, and Elora), William Thomas (Antoinette) Sargent, Jr. (Emilee, Maurice, Hailey, and Payton), Melanie (Dr. Chris) Kestner (Alex and Nick), Shauna Sargent, Shannon Sargent, Colleen (Jonathan) Gordillo (Penelope), and Christopher Sargent. After leaving the United States Marine Corps in 1973, Tom went on to work at Warner Gear and then on to work as Correctional Officer for the State of Indiana at the Pendleton Correctional Facility for 41 years. Tom was a force of nature, determined to provide for his family. His family meant more to him than anything else in the world, something he often mentioned. He was unendingly proud of all his children and grandchildren and always tried his best to support them. Tom was a big nerd who loved all things that had to do with computers and technology and passed this love on to his children. He was a passionate reader, video gamer, and smoker of meat. He could often be found playing on his computer, reading, or smoking meat on his Green Egg when he wasn’t at a sporting event for one of his children or grandchildren. Tom also had a passion for Taekwondo, in which he became a 2nd-degree black belt, and that he continued to practice throughout his life. Anyone who knew Tom knew that he was the most loving father and grandfather a family could ask for. Tom was predeceased by his parents Ora and Virginia Sargent. He is survived by his wife Bonny, his children, Jennifer, Tom Jr., Melanie, Shauna, Shannon, Colleen, and Christopher, and his sisters, Carolyn Leazenby and Betty Mills. The family asks that memorial contributions be made to Toys for Tots (toysfortots.org) or The Dementia Society of America (dementiasociety.org). If flowers or notes are sent, please send them to 1717 Noble Street, Anderson, Indiana 46016. There will be a Celebration of Life for Tom on Sunday, January 16, 2022, from 1:00 pm - 4:00 pm at the UAW Local 1963 located at 2840 Madison Ave, Anderson, IN 46016.

William Thomas Sargent, Sr., 71, of Anderson, Indiana, passed away on January 10, 2022, after a difficult battle with Lewy Body Dementia. Tom was born on December 9, 1950, to Ora and Virginia (Marshall) Sargent in Anderson, Indiana. Just after... View Obituary & Service Information

The family of William Thomas Sargent, Sr. created this Life Tributes page to make it easy to share your memories.