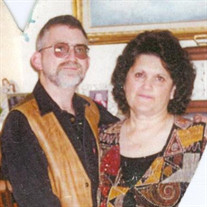 John Whitney Ulam, 65, of Anderson passed away on January 2, 2022, at Ascension St. Vincent Anderson. He was born on January 21, 1956, in Kansas City, Missouri. John would have had an incredibly inappropriate obituary if it were up to him. He wasn't just the life of the party, he was the party. He was so goofy and funny and always had something inappropriate to say. His wife, Phyllis, and he were the very best of friends. Soul mates. If ever two people were the exact right people for each other, they were. For 22 years we watched them love each other in ways that are hard to describe. He loved her so much she never had to move. He did everything for her, all the while tormenting her the way only John could. She would just beam from ear to ear and watch and take his antics with adoration. When asked about their last day together she said she awoke from a dream to him six inches from her face. She was startled and sleepy and said, "Who are you?" He proceeded to torture her all day about it. John was the very definition of love. Some people are described as being willing to "give the shirt from their back." John would have given his closet. He would do anything for anybody. If he saw a need he would fill it. It wasn't uncommon for someone he had never met to be driving one of his vehicles...or something to be missing from the house and we would find out he had given it away. You couldn't walk in the door without leaving with at least two boxes of things he thought you needed. He gave 200% of himself at all times. He loved us all in ways we could never put into words. He was a lover of animals. He was "that guy" that had a dog (or two), 6 indoor cats, fed all the neighborhood cats, kept them warm in the winter, trapped them to take them to the vet, and would feed the opossums when they showed up too. John's father, George Ulam, was a WWII Navy veteran and retired general manager of Inland Container Corporation. It's not surprising that John loved both history & trains. He was a history buff and enjoyed building train boards. John was an industrial cleaning equipment technician for Hillyard Incorporated. He retired in early 2021. He shared his love and knowledge of mechanics with his son, Daniel. The two of them would speak daily-navigating and talking through whatever they were working on. Cars, buses, small engines, equipment, etc. Two peas in a pod. John is survived by his loving wife, Phyllis (Riggs) Ulam; children, Daniel (Anna) Ulam, Kevin (Donna) Hiner, Marc (Dawn) Hiner, Eric (Angel) Hiner; brother, Steven ( Wendy) Ulam; and many grand and great-grandchildren. He was preceded in death by his parents, George A. and Signe Vlam. We are shocked to navigate life without him but we will strive to fill the void by loving others the way that he loved. Our lives are so much richer for knowing John. We will miss him. John wished to not have any services. The immediate family will gather to celebrate his life and share his love.

John Whitney Ulam, 65, of Anderson passed away on January 2, 2022, at Ascension St. Vincent Anderson. He was born on January 21, 1956, in Kansas City, Missouri. John would have had an incredibly inappropriate obituary if it were up to him.... View Obituary & Service Information

The family of John W. Ulam created this Life Tributes page to make it easy to share your memories.

Send flowers to the Ulam family.